Michael Caplan, an Atlanta attorney who represents another student charged with sexual assault at UGA, said he was especially concerned by UGA’s policy of not providing an in-person hearing to the accused and allowing a single campus official to investigate and adjudicate, which he said meant there was no independent review of the official’s decision.

“We’re exposing students to a one-sided process for something that is extremely serious that will follow them for the rest of their lives,” he said.

Caplan Cobb represents a UGA student who is challenging the procedures afforded by the University of Georgia when students are accused of sexual assault and other misconduct. 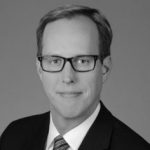