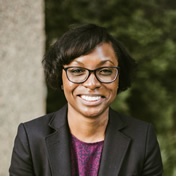 The purpose of “salary history bans” is to break the cycle of discriminatory pay practices.

Until recently, employers in all states, during the hiring process, could ask job applicants about their current salaries or how much they were paid at previous jobs.  But in recent years, issues of gender inequality have come to the forefront nationally. In response, a growing number of states and cities have passed laws prohibiting employers from inquiring into a job candidate’s salary history.

The essential purpose of these laws—which are generally referred to as “salary history bans”—is to break the cycle of discriminatory pay practices. Women and racial minorities have, historically, been paid lower wages and salaries than men and non-minorities. These laws are intended to help close the pay gap by preventing new salaries from being based on previous (and potentially “low balled”) salaries—and thereby allowing past salaries to follow a candidate around for their entire career.  A prospective employee who has earned less in the past than other prospective employees is more likely to accept a lower wage or salary than someone who has historically earned more; and employers, cognizant of that information, are more likely to offer that employee a lower wage or salary. Salary history bans level the playing field by removing arguably discriminatory pay history as a factor in determining future compensation.

Each jurisdiction’s law has its own nuances, but most of them still permit employers to ask job applicants about their expectations for the job or salary requirements. Framing the inquiry in this manner allows employers to get an idea as to whether the potential candidate’s expectations are consistent with what is being offered. Further, should a candidate voluntarily provide their salary information without being asked, the employer can still consider that information in setting pay.

The number of states, counties, and cities that have passed such laws is currently relatively low. But, if the current trend persists, it appears likely that more laws of this kind are on the horizon. For this reason, employers operating in multiple states should be mindful that, while inquiring into a candidate’s salary history may be permissible in one state, it may not be permissible in another state. To avoid inadvertently running afoul of these laws, multistate employers should consider not inquiring about salary histories at all—regardless of whether their city, county, or state currently permits such inquiries. Such an approach not only avoids violating laws that are quickly evolving but also allows employers to maintain a consistent hiring policy across their offices.

Some commentators have also suggested including pay scale information in the job posting. This approach has the benefit of increasing transparency about an employer’s pay practices, which both prospective and current employees may consider attractive. But, if an employer operates in a jurisdiction where the definition of a “trade secret” is arguably broad enough to encompass salaries and pay practices, then this approach potentially compromises an employer’s ability to maintain the secrecy of such competitively-sensitive information. To address this concern, some employers have included salary non-disclosure as part of confidentiality agreements signed by newly-hired employees. But such a practice, while protecting the secrecy of pay practices, may have the unintended effect of perpetuating arguably discriminatory pay practices—the very issue salary history bans were designed to address.

Most of the statewide salary history bans were enacted in 2018 and 2019; many have not yet gone into effect. As these laws are implemented and interpreted by the courts, there will be greater guidance for employers.

The original article can be found on the ABA website under Business Torts & Unfair Competition Practice Points.  Click here to be directed to the site.
ABA Publishes Practice Point by Caplan Cobb Associate Ashley Brown2019-11-012019-11-04/wp-content/uploads/2017/10/caplan_cobb_logo_hi_res.pngCaplan Cobbhttps://caplancobb.com/wp-content/uploads/2017/02/Ashley-Brown-300px.jpg200px200px 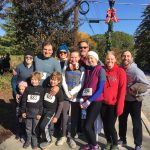 Caplan Cobb Joined the Run for Justice on SaturdayNews