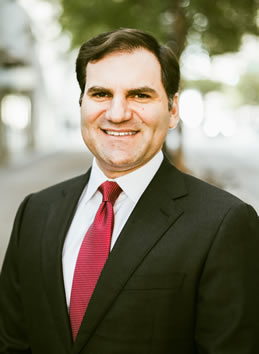 M.B.A., The University of Georgia

B.S., The University of Georgia

U.S. District Court for the Middle District of Georgia

U.S. District Court for the Southern District of Georgia

U.S. District Court for the Eastern District of Michigan

Mike’s work has been the subject of news coverage in the New York Times, the Atlanta Journal-Constitution, and the Fulton County Daily Report.  Mike has been selected among the “Legal Elite in Business Law” by Georgia Trend Magazine, and Martindale-Hubbell has honored Mike with its highest rating of AV Preeminent for his legal ability and professional ethics.

Prior to founding Caplan Cobb, Mike served as a law clerk to the Honorable Richard W. Story in the U.S. District Court for the Northern District of Georgia and practiced at Bondurant, Mixson & Elmore.  Mike and his wife, Anna, live in Decatur with their three children.

Constitutional and Public Interest Litigation.  Mike has also been recognized for his work vindicating the public interest.  In 2015, Mike and his co-counsel successfully obtained the release of Justin Chapman, who was wrongfully convicted of murder and incarcerated for over 8 years.  The case was the subject of the AJC’s seven-part podcast series, Breakdown.  In 2012, Mike was honored with the Southern Center for Human Rights’ inaugural Gideon’s Promise Award for achieving significant reforms to Georgia’s indigent defense system.

Appellate Practice.  Mike has developed a reputation as a skilled appellate practitioner.  Working side-by-side with trial counsel, Mike’s appellate work has been described as “exceptional,” “of the highest quality,” and “meticulous and incredibly thorough.”

Mediation.   Mike is a licensed mediator. Given the diversity of Mike’s experience and penchant for solving complex business problems, Mike is uniquely situated to serve as a mediator in high-stakes and challenging civil matters.

Order of the Barristers

M.B.A., The University of Georgia Terry College of Business

B.S., The University of Georgia

Board of Directors, Southern Center for Human Rights

Board of Directors, Central Outreach and Advocacy Center for the Homeless

Panelist for Building New Trust in Government?:  The City of Atlanta Takes a Fresh Step Towards Transparency That May Become a National Model, 28th Annual Georgia Bar Media & Judiciary Conference (2019)

Panelist for Appellate Briefs: What Works and What Doesn’t, presented at the Appellate Practice Seminar, Institute of Continuing Legal Education in Georgia (2014)

Panelist for Impact Litigation, presented to the Individual Rights Section of the Georgia State Bar (2013)

Panelist for The Right to Counsel in Civil Cases, presented by the Institute of Continuing Legal Education in Georgia (2012)

Panelist for Public Interest Work in the Private Sector, presented to the University of Georgia School of Law (2011)

Panelist for Fee Applications in Civil Rights Litigation, presented by the Institute of Continuing Legal Education in Georgia (2011)

Panelist on Appellate Preparation and Oral Argument, presented to the Georgia State University School of Law (2011)

“The Status of Appellate Challenges to the 2005 Tort Reform Provisions,” The Litigator (2005)