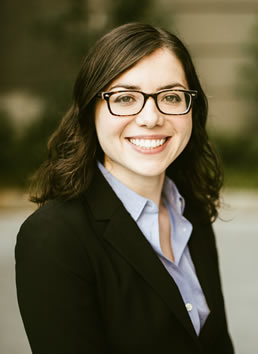 The Honorable Jill A. Pryor,

U.S. District Court for the Central District of Illinois

Before joining Caplan Cobb, Sarah served as a law clerk to the Honorable Jill Pryor of the Eleventh Circuit Court of Appeals in Atlanta, Georgia.  Prior to clerking, Sarah practiced with Jenner & Block in Chicago, Illinois.  Sarah has also volunteered her time as a law clerk to the Orleans Public Defender in New Orleans, Louisiana.

Business Litigation.  Sarah routinely litigates complex commercial matters on behalf of both plaintiffs and defendants.  She has experience with a variety of commercial disputes, including actions regarding breach of contract, business torts, post-employment conduct, business breakups, employee benefits, and commercial leases.

Media and Communications Law. Sarah frequently represents news organizations in their efforts to obtain public records from governmental bodies.  In 2017, she represented the Undisclosed podcast before the Georgia Supreme Court in its suit to obtain recordings of a criminal murder trial.  Sarah has also filed amicus curiae briefs advocating for open records and open government on behalf of some of the most influential non-profit organizations in the country.

Appellate Practice. Sarah has practiced before the United States Supreme Court, the Fourth Circuit Court of Appeals, the Eleventh Circuit Court of Appeals, the Georgia Supreme Court, and the Georgia Court of Appeals.  Her appellate experience has involved issues such as major contract disputes, complex federal regulatory questions, open records laws, and federal criminal statutes.  In her year as a clerk on the Eleventh Circuit, Sarah gained important insight on federal appellate practice and became familiar with a wide range of federal statutory regimes and constitutional law.