As we celebrate our eighth anniversary, we are grateful to our clients, co-counsel, and friends. Highlights of the year include significant wins for a wide range of our business and individual clients. For example:

Below are some of Caplan Cobb’s other notable achievements in 2021.

Adding to the firm’s diverse client base, our attorneys represented:

Caplan Cobb lawyers supported the following efforts over the past year. These projects let us see the law not just as a way to resolve disputes between private interests but to help improve our communities.

Caplan Cobb attorneys worked on a number of legal matters on a pro bono basis by:

Caplan Cobb lawyers and staff continued their community involvement by serving in leadership positions for a number of nonprofits, including the Southern Center for Human Rights, the ACLU of Georgia, the Decatur Education Foundation, the Atlanta Birth Center, the Georgia First Amendment Foundation, and the Atlanta Association of Legal Administrators.

Brandon Waddell, who has been with the firm since 2014, was promoted to partner. Brandon is the fourth partner at the firm.

Paralegal Brittany Lewis was a very welcome addition in April 2021.

In 2021, Caplan Cobb and its attorneys were recognized by a variety of organizations and publications. 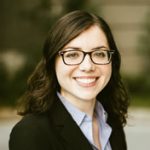