Caplan Cobb LLP, an Atlanta law firm specializing in business and complex litigation, recently celebrated the end of our fifth successful year. We thank all of our clients, partners, co-counsel, referring attorneys, and friends for the contributions you have made to our continued success.

During the past year, we achieved great results for our clients and participated in various service, pro bono, and educational efforts in our community.

In its fifth year, our attorneys were recognized by a variety of organizations and publications.

Michael Caplan and James Cobb were included in American Law Media’s and Martindale-Hubble’s list of Top Rated Lawyers in Georgia.

Caplan Cobb lawyers continued their commitment to community service by serving in leadership positions for a number of non-profits, including the Southern Center for Human Rights, the Wylde Center, the ACLU of Georgia, and the Fernbank Museum of Natural History.

As a firm, we participated in the Georgia Legal Food Frenzy supporting the Atlanta Community Food Bank in April.  We came in second place in total points scored in the Atlanta market in the small firm category.  Our team also supported ServiceJuris Day in June by cleaning, pressure-washing, and painting at a local middle school. 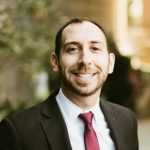