Background: In April of 2019, the Southern Center for Human Rights and the Georgia Advocacy Office filed a lawsuit on behalf of a putative class of women with serious mental illness held in torturous conditions of solitary confinement for over 23 hours a day at the South Fulton Jail in Union City, Georgia. Plaintiffs presented photographs from an inspection by the Georgia Advocacy Office showing garbage strewn cells, standing toilet water on the floor, a trail of urine flowing from a cell door, bloody clothes and underwear stained with fecal matter lying in the living areas, toilets full of garbage, and feces and blood on the walls. These women, some of whom were caged because of petty offenses, would sometimes remain in their squalid cells around the clock for weeks or months on end.

One of the original named plaintiffs, M.J., was a 20-year-old woman experiencing homelessness. She had been arrested in November of 2018 and charged with criminal trespass for allegedly refusing to leave a shopping mall when asked. She had a $500 bond that she couldn’t afford to pay. Because of her mental illness, jailers isolated M.J. in a so-called “mental health pod” where she was locked inside her cell for over 23 hours per day on average for nearly a year. She twice attempted suicide at the jail during her prolonged isolation. Another woman with serious mental illness, Kesha Brownlee, died after swallowing a plastic utensil after months in solitary confinement.

In July of 2019, Judge Ray issued a preliminary injunction ordering the Sheriff of Fulton County to take immediate steps to remedy the jail’s unconstitutional conditions and usage of solitary confinement. The settlement builds upon the previously-entered preliminary injunction. A fairness hearing has been scheduled for the 16th of March before Judge Ray.

“This settlement is an important step to providing critically needed conditions and services to a vulnerable population in the South Fulton Jail,” said Jarred Klorfein of Caplan Cobb.

Among other things, the settlement mandates:

“The damage caused by the lack of mental health services in the community is compounded by the ongoing harm caused to people with psychiatric disabilities who are not treated and subjected to further abuses while incarcerated,” said Devon Orland of the Georgia Advocacy Office. “We appreciate that the Sheriff has taken responsibility for ensuring that people within the South Fulton Jail are allowed out of their cells and are provided treatment.”

“This settlement should improve the lives of people with serious mental illness who are held in the South Fulton Jail. But years-long federal lawsuits will not solve over-incarceration, which is at the heart of the issues plaguing the jail. To avoid needless suffering, we must combat our impulse to charge and jail the mentally ill,” said Atteeyah Hollie of the Southern Center for Human Rights.

The July 2019 preliminary injunction was reported by the AJC here.

Caplan Cobb is a business litigation and class action firm in Atlanta, Georgia. Caplan Cobb has recovered over $500 million in class actions, business tort cases, and whistleblower actions. Caplan Cobb also serves as defense counsel in bet-the-company business-litigation matters. Caplan Cobb’s attorneys have been recognized as Super Lawyers, Best Lawyers in America, and the firm itself has been named to U.S. News & World Report’s list of the “Best Law Firms” in America, as well as a Best Place to Work by the Atlanta Business Chronicle. To learn more about Caplan Cobb’s firm principles, click here. To learn more about the people of Caplan Cobb, click here. 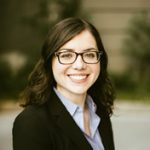